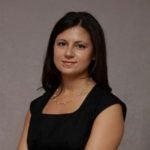 We were delighted to welcome so many representatives of the insurance industry to the RMS Terrorism Risk seminar in New York last month. Our seminar gave us a chance to update (re)insurance risk management professionals on the latest trends in global terrorism threat, its relevance to the insurance industry, and to share some of the latest developments and approaches for managing terrorism risk. Our keynote speakers included Bruce Hoffman from Georgetown University; Jack Riley, Vice President of the National Security Research Division at RAND Corporation, and Steven Simon from Amherst College.

RMS monitors worldwide terrorist activity to identify shifts in the threat landscape and how that may impact the terrorism insurance market. The RMS terrorism model is parameterized to reflect an annual risk outlook, with a focus on the types of attack that could affect a company’s solvency or earnings. The key underlying principles of terrorism risk modeling, which RMS has pioneered since 9/11, has closely resembled the experience over the last 15 years and should provide a degree of confidence in estimating the frequency and severity of attacks.

In his seminar presentation, Dr. Gordon Woo from RMS explained how the terrorist attacks during 2017 illustrate the principles of terrorism risk modeling. From the Westminster attack on March 22, 2017, to the Manchester Arena suicide bomb detonated at an Ariana Grande concert on May 22, 2017, these had the characteristics of maximizing impact versus cost, were relatively simple to coordinate and maximized media attention, and for Manchester — societal loss. These lone wolf attacks, conducted by Khalid Masood and Salman Abedi respectively, are symptomatic of the current landscape, where the success of counterterrorism operations interdicts many larger plots, resulting in a shift to small scale, low-tech attacks. Nevertheless, small scale attacks still look to maximize their returns.

The number of successful, large-scale attacks in the U.S. has been low, due largely to significant and sophisticated U.S. counterterrorism efforts. Interestingly and perhaps not surprisingly, 75 percent of attacks in 2017 occurred in the Middle East, North Africa, and South Asia, regions where there are no effective counterterrorism efforts. During the seminar, presenters discussed how investment in counterterrorism in the U.S. has seen some slight realignment with a reduction of US$600 million in frontline measures, such as funding for local police support at airports and transport hubs. While there is some concern over the rationale for the reduction, the U.S. Department of Homeland Security budget remains substantial at US$40 billion in 2017, and many other government agencies are also involved in counterterrorism operations.

Recent attacks in New York, such as the pipe bomb explosion at the Port Authority bus terminal in December 2017, have highlighted the continued shift to softer, high traffic, easy access targets utilizing low cost weapons involving simple everyday items. This shift is reflected in the latest RMS modeling, including an increase in the likelihood of low-tech, inexpensive armed attacks. Although there has been an increased emphasis on lower-scale attacks, conventional bomb attacks (vehicle bombs and explosions) still comprise the majority of worldwide attacks and drive the expected modeled loss for the industry.

Nearly three quarters of historical worldwide attacks (successful or intercepted plots) have occurred in the capital city or major city of the targeted country. However, within a city the threat risk “gradient” can be very steep. Chris Folkman from RMS illustrated how just half a mile can see terrorism risk go from very high to minimal. Chris underlined how the terrorism risk model allows underwriters to better differentiate pricing between high and low risk areas. This in turn enables companies to make better underwriting decisions, improve portfolio management, and ultimately make more efficient use of capital.

Although managing terrorism risk will remain a challenge due to the significant associated tail risk, insurers and reinsurers are increasing their risk appetite. There are opportunities and even support for (re)insurers looking to grow their terrorism insurance book. For the U.S., the Terrorism Risk and Insurance Act (TRIA), provides significant support for the insurance sector, with the federal government taking an 80 percent share of losses, in effect offering a free reinsurance layer.

There is also innovation coming into the market, such as providing cover around gaps in business interruption, a core issue for businesses facing loss of revenue in the aftermath of an event, and interest in looking at high risk regions such as North Africa. Modeling, such as our new Version 18 Terrorism Model due for launch this spring, we hope will help the industry start to explore terrorism risk further and take advantage of a maturing market and new tools that can aid insurers in building better portfolios of risk.

Maria drives product strategy and the direction of the RMS terrorism, infectious disease, and longevity risk products and solutions, including the product roadmap, go-to-market strategy, and product marketing.

Since joining RMS in 2000, she has led initiatives that include guiding the industry’s usage and understanding of terrorism risk models and delivering consulting solutions for the management of emerging risks, such as terrorism and infectious disease.

Maria serves as an RMS representative at various industry events and is a contributing author for RMS publications. She holds a bachelor of science in mathematics and economics from Rutgers University.