During January, I had the honor of leading a panel discussion at the Eleventh India Rendezvous in Mumbai and was joined by four senior-level executives from leading reinsurers and insurers. 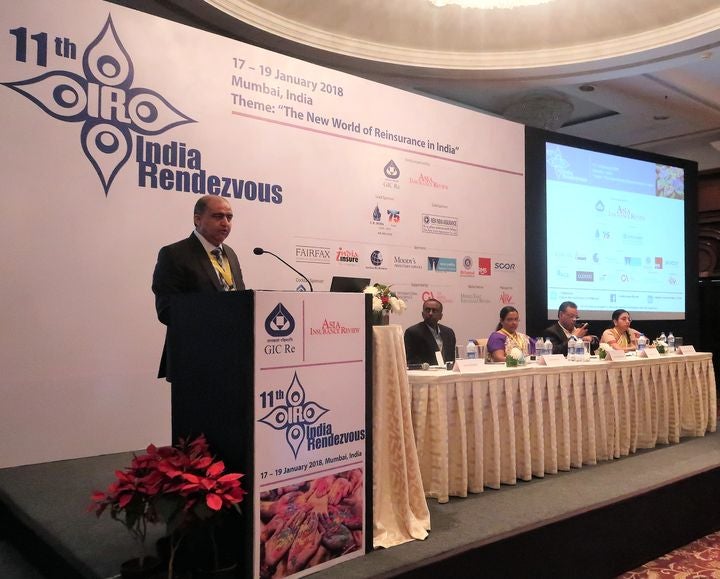 Across the whole conference, there was much talk about the growth potential in India, with reports stating that the insurance market could quadruple in ten years. But with the economy growing fast, insurance penetration remains a challenge — with a non-life insurance penetration rate hovering around one percent compared to a global average of six percent.

Insurers also recognize they have a big part to play to close the protection gap and bring coverage to the masses, providing protection for the poor and those who need it most. To do all this, insurers understand the need to build sustainable, long-term businesses for a more resilient society, powered by more robust, data-driven decision-making processes.

Natural disasters impact on this sustainability and resilience. I focused my discussion on natural catastrophe events that have affected India over the last two decades and comparing the first decade (1997 to 2007), and the last ten years, I made several observations. The frequency of events appears to have gone up, and it is flooding that dominates, becoming a routine affair in the last five to seven years — not just economic losses but also insured losses. A United Nations Office for Disaster Risk Reduction report suggested that flooding accounted for 47 percent of weather-related disasters between 1995 to 2015.

In terms of losses, and to a lesser extent, earthquakes feature, and also cyclones which appear to be more frequent and severe. Many recent events were also surprises to the market, such as the Chennai floods in 2015, with the market in disbelief at the extent of these events.

These factors stand out — the increased frequency, this “surprise” element and flood leading the losses. Over the last few years, both the exposures and the complexity of these exposures has increased. Insured losses have also gone up as the insurance companies are covering more risk.

Modeling has developed greatly over the last ten years, RMS now covers flood, earthquake, and agricultural risk for India, to help (re)insurers gain a holistic view of their portfolio, manage underwriting practices, and develop portfolio optimization. RMS has launched the first full probabilistic model for India inland flood covering both pluvial and fluvial sources of flooding which clients can use to estimate their portfolio losses for future events and for underwriting at the point of risk for selection and pricing. Agricultural risk modeling brings together weather, crop type and yield data in line with the demands of the Pradhan Mantri Fasal Bima Yojana (PMFBY) scheme. And earthquake, where the market has benefited from an RMS model for ten years, still represents the surprise element in terms of causing huge losses and impacting solvency.

How can all players come together to achieve three fundamental objectives; a sustainable, profitable insurance sector that manages growth, copes with the shocks of natural disasters, and can help close the protection gap? Girija Subramanian from GIC Re agreed that business is getting much more complex, and that events seem to be more frequent. She remarked that the Chennai floods were a very good example of how both claims and exposures were becoming more complex, with the Chennai event affecting commercial and industrial exposure across lots of sectors from IT companies to manufacturers, with business interruption extending for many days. Mrs. Subramanian agreed that more sophisticated tools would help to estimate the losses, and calibrate the exposure after an event.

Mr. Raju from Swiss Re took up the point about the protection gap, asking if insurance was keeping pace with economic development. Despite increasing exposures, insurance penetration remained very low, and consequently the protection gap — the gap between economic and insured losses for India — is around 90 percent.

This gap falls on the government to fund and rebuild, and government does not currently see the insurance industry as a solution, believing it lags behind with disaster risk management. He adds that insurance needs to raise its game, and Mr. Raju recognizes the role an independent modeling company such as RMS can play to help government see the benefit and the value of science-based models that insurance companies use.

Mr. Raju stated the gap does also apply in developed countries but not to the same extent as for India; if the 2017 Atlantic hurricanes produced US$300 billion in economic losses, insured losses covered US$130 billion. He highlighted actions taken to address the shortfall and the successes from other governments, such as Flood Re in the U.K., and the U.S. government purchasing US$1.46 billion in reinsurance to cover excessive flood losses. But trying to introduce this type of risk transfer to India will require effort from the industry.

It was very interesting to hear contributions from insurers. I asked Rekha Gopalkrishnan from The New India Assurance about their strategy around cat events, and how insurers can benefit from cat risk models.

As the largest insurance company in India with more than two thousand offices, Mrs. Gopalkrishnan said that it was a big challenge to monitor exposures, and data quality was a serious issue, to get the information required for reinsurance on a granular level. Agents struggle to complete detailed proposal forms to help with the quality of the risk, so factors such as construction quality, closeness to water or earthquake resistance, do not come into the underwriting. There is lots of aggregation and assumptions which needed to improve, and too much reliance on local agents using their experience to select or price the risk. This is an area RMS has helped the industry with over the last ten years, to ensure companies prioritize the data they collect, and not to feel pressured to complete data fields for the sake of it, inaccurate data is worse than no data.

She added that models really help and are improving, and to close the protection gap, Mrs. Gopalkrishnan said the industry needs to insure more risk — when a risk goes uninsured, it goes to an economic loss. To help address this, the solution lies in the industry taking a phased approach, first to start working together to address the need for improved data, before moving into implementing new systems.

Amitava Gupta from SBI General Insurance Company Ltd, discussed the challenges with claims from natural catastrophes, such as whether a particular coverage exists for a peril or not, managing complete loss, and how models help validate the loss.

Mr. Gupta said you learn from every event, but the basics such as getting the right data from claims sites after an event is so important. Documents do get lost, sites are hard to access, but RMS again has helped the industry bridge the gap between exposure and claims data, to match claims with underlying exposures or establish whether a specific coverage existed when the policy was created compared to what is being claimed.

With surprises such as the floods in Rajasthan in July last year with two days of flash rain, Mr. Gupta sees this as an opportunity to learn. Rates have generally gone down, but surprises mean repricing, and post-event, Mr. Gupta states that they aggregate the models they use to arrive at a rate, so underwriters have an idea for pricing of the upcoming exposure. Data prioritization as RMS advocates, does also help to drive up data quality and better decision making.

One of my concluding questions to the panelists was to see how technology can help regulate catastrophe risk losses in the next five years. Mr. Raju was impressed by the role technology plays in agricultural risk, from data collection, exposure assessment, to integration with claims payments. He cites drought insurance in Kenya, which is structured for payments of US$100 directly into mobile wallets, or parametric insurance in China, where farmers buy coverage on smartphones, simply selecting the cover required. Mr. Raju believes that insurers in India must make the claims process easier for the consumer, and perhaps technology such as blockchain can help with the claims workflow. My final question — what kept the panelists up at night, had a unanimous answer, what will the next big event be, and will it be another surprise.

In summary, the panelists agree that a mix of insurers, reinsurers, government, technology, and modeling science needs to come together to build resilience, and catastrophe risk models can provide the framework for better data capture, to avoid surprises, deliver better future planning and help close the protection gap. 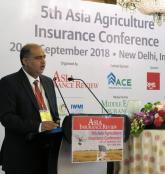