California Wildfires: How Quickly Your World Can Change in 24 Hours 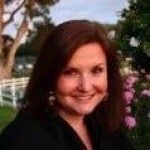 This week’s wildfires in Northern California are an example of how nature, weather, and environment combined into the perfect fire storm that no defense could have prevented. And, when an event like this happens and directly impacts your family and friends, resilience takes on a whole new meaning.

At RMS, we are used to thinking about the “what if” of catastrophic events such as the recent hurricanes, earthquakes, and cyberattacks. We are accustomed to working with our clients, public agencies, and city officials to think about how best to protect their communities from disasters, defining what defenses are needed to keep tragedy at bay, and how to “build back better” should an event happen. But this all comes into sharp focus when it affects people you know and love.

For my family members, Sunday, October 8, really was just a normal day in Santa Rosa, in Sonoma County, in the heart of the beautiful Northern California wine country, just 55 miles (88 kilometers) north over the Golden Gate Bridge from San Francisco. Their house on Fountaingrove Parkway is located on the northern side of Santa Rosa. The headquarters of Keysight Technologies, damaged in the fire, is also located on this five-mile long road.

The sky that Sunday afternoon was clear — it was hot and sunny, 31 degrees Celsius (87° Fahrenheit). Around midnight, just into Monday, October 9, the first-hand accounts from my own family mimic those heard in the news. Woken by the strong smell of smoke and hurricane force winds, they emerged from their home to find heavy clouds of smoke and a red orange glow on the horizon behind their home. Less than two hours later, and in the midst of a wind fire that came from many directions, they made a quick decision to just leave everything behind and evacuate their neighborhood.

There was no warning, only neighbors yelling to one another in the dark, knocking on each other’s doors, warning people to get out of their homes as quickly as possible. Families had no time to grab belongings, any treasured possessions, and everything including little things like razors, blankets, clothing, and more were forgotten in the rush for survival. My family, and neighbors were stunned. “It was literally a fire storm,” they said. “It felt like the apocalypse.”

It is important to remember that there are human faces and people’s lives caught up amid every disaster that we as RMS and the wider industry focus upon. And as the sun rose on Monday morning, people living in Sonoma, Napa, Solano, and Mendocino Counties had their world changed forever. This video from the Washington Post sums up the scene that morning. There will be much healing required in the aftermath of this devastation, for whole communities and for those personally scarred by the experience. But, I know there will be resilience in time.

I sent a note to my family on Monday night, after a day spent on a rollercoaster of emotions —sometimes putting feelings into words makes it easier to impart: “Where there was once a home, there are now memories. We lost a family home today full of cherished times and much love, and thank God, the people who made that house a home have survived, and wherever they make a house their home next, it will also be our home. Because love is where love resides.” 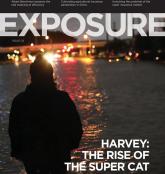 What Can You Learn From Exposure?

Many RMS team members are active bloggers and speakers at speaking engagements, and contribute to articles, but to capture even more of our expertise and insight, and to reflect the breadth of our activities, we have created a new magazine called Exposure, which is ready for you to download. The aim of Exposure magazine is to bring together topics of special interest to catastrophe and risk management professionals, and recognize the vast area that individuals involved in risk management must cover today.  There is also a theme that we believe unites the risk community, and that is the belief that “risk is opportunity,” and the articles within Exposure magazine reflect that this is a market seeking to avoid surprises, improve business performance, and innovate to create new opportunities for growth. Within the foreword to Exposure, Hemant Shah, CEO of RMS, also reflects on an “inflection point” in the industry, a mix of globalization, changing market structures, to technology, data and analytics, offering a chance for the industry to innovate and increase its relevance.  In Exposure, there is a mix of articles examining perils and regions, industry issues, and articles discussing what’s coming up for our industry. Within perils and regions, Exposure looks at opportunities for U.S. and European flood, the effect extra-tropical transitioning has on typhoons in Japan, and the impact that secondary hazards have, such as liquefaction, and the earthquake sequencing that hit the low-seismicity area of Canterbury, New Zealand in 2010 and 2011. The magazine also tackles issues around Solvency II, the emergence of the “grey swan” event, why reinsurers are opting to buy or build their own insurance-linked securities fund management capabilities, and wraps up with Robert Muir-Wood, chief research officer for RMS, explaining how insurers can help drive the resilience analytics revolution. Please download your copy now.…

Alyssa Sachs is the Vice President of Global Marketing at RMS, reporting to Mike Pritula, the President of RMS. A fifteen-year marketing veteran, Alyssa directs all marketing strategy, overseeing the brand and creative, field marketing programs, corporate sponsorships and communications. Since joining RMS in 2012, Alyssa has helped the company grow from a leading catastrophe risk modeling firm to a global leader in risk modeling and data analytics software, across both natural and man-made events. Alyssa’s greatest strengths are her creativity, drive and leadership. She thrives on challenges, particularly those that expand the company’s reach. Her most recent project involved a strategic partnership with Microsoft and she has boosted the RMS brand through the creation of one of the (re)insurance industry’s largest conferences, Exceedance.

Alyssa has created custom client programs and promoted technology products for over a decade. Alyssa joined RMS from Quantcast, where she was the global head of trade marketing. Prior to Quantcast, Alyssa was corporate marketing strategist for TIBCO, leading the marketing events team worldwide and revamping the company's Executive Briefing Center program. The foundation of Alyssa’s career was built during her eight years at Google in product marketing and marketing event manager roles, where she launched products such as Google Checkout, Google Web Toolkit 2.0 and other developer products. Alyssa was also a significant contributor to the debuts of branded events like Google IO and Zeitgeist. Alyssa holds a Bachelor of Arts degree with a Double Major in Political Science and Peace and Justice Studies, graduating Magna Cum Laude and Phi Beta Kappa, from Wellesley College.