It’s What’s On The Inside That Counts

Most people use this phrase when it comes to judging a person’s character, but few would think to use it when assessing a building’s preparedness against damage from seismic activity. Cracked foundations, toppled walls, and collapsed buildings are normally what comes to mind when envisioning a building damaged from an earthquake; and while they are of course costly to repair, surprisingly this type of damage is not the main cause of loss to insurers.

Over 70 percent of a building’s value comes from non-structural elements such as internal and external cladding, interior walls, glazing and the internal fit-out, such as heating and air conditioning systems, pipes, ceiling support systems, and lighting. Building codes dictate how these internal systems should be installed and detail the necessary seismic restraints to keep them in place in the event of intense ground shaking. Failure to properly implement these measures can result in significant damage and expensive payouts, even if the structural integrity and exterior of the building remains intact. Recent global earthquake events such as Kaikoura in 2016 reflect this and have shown that non-structural damage drives claims.

In July, the Insurance Council of New Zealand (ICNZ) and the Building Research Association of New Zealand (BRANZ) held a seminar in Wellington to better understand why so many of New Zealand’s buildings are taking loss from poor seismic restraints within the internal fit-out of commercial buildings. It was found that the building codes are appropriate, but they are not being followed. Typical construction practices hand responsibility for seismic restraints from one party to the next and often the restraints are dropped to save cost and are never installed. This systemic problem within the country challenges the traditional thinking that newer buildings will suffer far less damage than older buildings due to better design codes. A speaker at the seminar alleged there are only two new buildings in the Christchurch rebuild with fully code compliant restraints.

In a perfect world, every building would be built to code and catastrophe risk models could capture building vulnerability by directly generating damage curves from the seismic code requirements. In reality, while the structural systems are generally designed according to building codes, non-structural damage occurs at low hazard levels even when the structure itself is undamaged. This was observed in the Kaikoura event in November 2016, but it is not a new problem to tackle.

Within the RMS earthquake models, the damage ratios for low hazard intensities are driven by non-structural components including walls, plaster and paint. At higher hazard levels, if there is a significant damage to structural elements, it is likely that the building will have to be demolished and rebuilt.

Claims data and engineering judgement help to validate relativities between different construction classes within the model. For example, wood frame buildings are considered more vulnerable than reinforced concrete frames. Wood frames would be a good choice for life safety of the occupants, but they incur a lot of non-structural damage. The flexibility of the wood frame causes large drifts, damaging the interior partitions, electrical and mechanical equipment, and contents. As mentioned before, these non-structural components usually account for over 70 percent of the building value and have higher repair costs. In contrast, the stiffer reinforced concrete frame, and especially reinforced concrete walls, reduce damage to interior partitions and cause less economic damage.

In addition to assumptions built into the vulnerability functions, the RMS model allows users to further capture the potential for non-structural damage through a variety of contents and secondary modifier characteristics. The vulnerability for building contents can be classified into one of four categories in the model, ranging from slightly damageable (e.g. ropes, tires) to highly damageable (e.g. mirrors, clocks, ceramics). The default assumption of damageable represents “typical” contents such as furniture, electronics, and cabinets.

Among the secondary modifiers are Mechanical and Electrical Equipment and Tank. Damage to mechanical and electrical equipment can be prevented by anchoring such equipment to the floor and/or bracing it against structural elements. The Mechanical and Electrical Equipment modifier allows users to capture whether elements are generally well braced, somewhat braced (which is the model default if this field is left unknown), or generally unbraced. Similarly, rooftop tanks on adjoining, higher buildings are a falling hazard during an earthquake. The Tank modifier allows users to account whether rooftop tanks are present or not. Other relevant modifiers captured by the model for non-structural elements include Cladding, URM Chimney, URM Partition, and Ornamentation.

Non-Structural Damage in Buildings the World Over

It would be unfair and inaccurate to say that New Zealand is the only country where non-structural damage drives insurance loss. Within the United States, we saw a significant amount of non-structural damage in the 2014 M6.0 South Napa earthquake and 2011 M5.8 Virginia earthquake, which helped to validate the vulnerability curves for low intensity shaking. Slightly before these events, one of the key drivers of loss seen during the 2010 Chile earthquake was damage from non-structural elements of buildings. Damage to non-structural elements such as partition walls, suspended ceilings, doors, and windows, as well as contents, was widely observed both in the capital and epicentral regions. Significant ceiling damage was also seen at Santiago Airport.

Following on in South America, Ecuador’s building code from 2015, in enforcement at the time of the 2016 Ecuador earthquake allowed for the construction of unreinforced masonry infill walls, despite their high susceptibility to damage during earthquake shaking. Structural engineering firms in Ecuador do not usually provide guidance to building contractors regarding the design and attachment of non-structural components, such as infill walls, to main structures (EERI, 2016). The RMS team observed four hospitals in Manta, Portviejo and Bahía de Caráquez and found that a major driver of loss was damage to non-structural building components, such as unreinforced masonry infill walls, glass windows, ceilings, and mechanical systems. In Manta’s Instituto Ecuatoriano de Seguro Social Hospital, at least 50 percent of these non-structural components needed to be replaced, and restoration time was expected to take several months.

So, like a good book, when it comes to assessing building performance, it’s the inside that counts. The RMS earthquake models have been built with acknowledgement of current non-structural building practices, but give users the options to modify these assumptions where appropriate. RMS will continue to monitor building practices globally, and will update base assumptions as countries move towards safer, more resilient, practices. 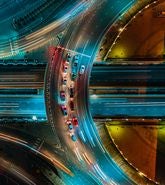 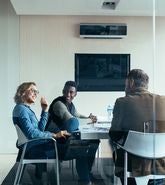 One Year On: Getting to Work With the Risk Modeler Application

Ashley is a Senior Product Manager within the Applications Product Management team. At RMS, Ashley is responsible for Risk Modeler, the model execution application within Risk Intelligence, with a focus on the integration of the High Definition Simulation models as well as model customization through Model Composer.