The Politics of Basis Risk

Imagine you are a government minister responsible for disaster response. Five days have passed since the hurricane hit your country, and the floods have still not receded. Tens of thousands of your citizens have been made homeless. In the eyes of the people, the government is simply moving too slowly, and the press is baying for action. There is some reassurance though, as you know that over many years your country has paid premium into an international pooling scheme designed to provide substantial funds quickly when such a disaster strikes, to help pay some of the costs of recovery.

But then you hear from the regional multi-state insurance pool to which your finance minister has been contributing hard-fought annual premiums for the past decade. Your country is not going to receive a pay-out. In the scheme’s parametric formula, the value is below the threshold. You have discovered the toxic politics of basis risk.

What is basis risk? It is the difference between the expected and actual payment in compensation for a loss. In all indemnity insurance, we accept that the terms of repayment imply some basis risk, whether in our covering the deductible or in the policy having a limit lower than the cost of the claim, or in the policy refusing to cover a particular peril – like earthquake or flood.

Almost inevitably in parametric insurance there will be more basis risk. The parametric product will employ some measurement or calculation of the severity of the event, before we even have a clue about the total costs. And we are going to trade efficiency in making a payment against precisely matching the loss.

Now if we have confidence in how the parametric structure has been designed, and above all calibrated, we might know that overall there is no bias, and while we may be under-compensated after one disaster we will likely be overcompensated for the next. Over time it should all average out.

As informed policy holders or business owners, we can live with these kinds of trade-offs. But what if you are a politician?  There are now many examples where nations have signed-up to parametric insurance structures. How are these schemes faring in the face of the political reaction to an uncompensated loss?

The Caribbean Catastrophe Risk Insurance Facility (CCRIF), established in 2007 was the world’s first multi-country risk pool, and now offers index based earthquake, hurricane, and flood policies in the Caribbean and Central America. Inevitably, it has been beset by arguments around basis risk. 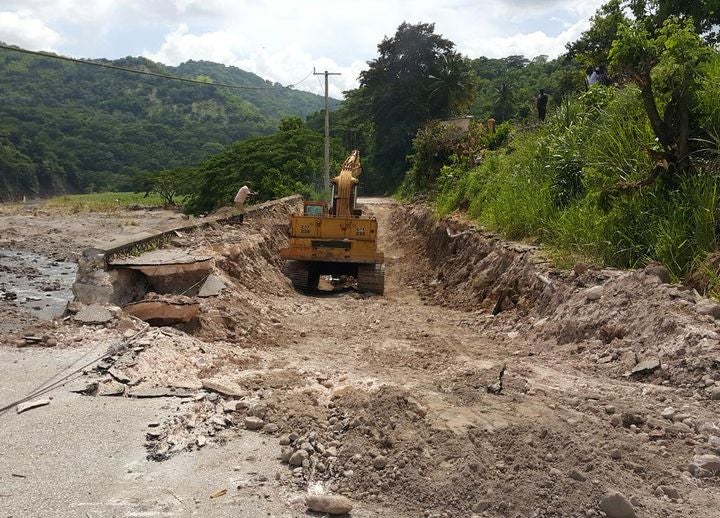 Most recently in May 2017, after days of intense rainfall, there was widespread flooding in Jamaica, estimated to have caused US$400 million in damage. However, in the CCRIF formula, based on cumulative satellite-based rainfall observations weighted for exposure, the modeled flood loss was only $100 million, and with a trigger threshold of $200 million meant there was no pay-out. Some local politicians reacted badly to the situation, echoing the complaint that “…Jamaica has not received a pay-out from the CCRIF since its inception in 2007.”

In October 2016, the Bahamas government walked out of their membership in the CCRIF scheme, claiming that they had received no payment for Hurricane Matthew, a Cat 4 storm which was close to the worst case track for the islands, and represented an estimated $600 million economic loss. But this gesture turned out to be nothing to do with basis risk. After an election in May 2017 when the opposition Free National Movement defeated the ruling Progressive Liberal Party, it emerged that the Bahamas had simply lapsed paying their 2016 CCRIF premium. In June 2017, a letter from the head of CCRIF to the new Prime Minister Dr. Minnis claimed that if Bahamas had paid their annual 2016 premium of $900,000 they would have received nearly $32 million, the largest pay-out ever made by CCRIF.

Six countries in the South Pacific were involved in the three-year, 2013-15 Pacific Catastrophe Risk Insurance Pilot Program, in which the payment trigger was determined by a modeled loss. The Solomon Islands received no payment from the program after the February 2013 Mw8 earthquake and tsunami in Santa Cruz Island (modeled as below the trigger loss threshold). Again, no payment was forthcoming after the March 2014 flooding which killed 22 and left 10,000 homeless, with losses of more than $100 million (9.2 percent of GDP). This time it was because a pure flood event was not part of the coverage. In response, the Solomon Islands government quit the scheme.

The Africa Risk Capacity (ARC) had to review its own rules to provide a pay-out to Malawi after the parametric index of rainfall deficit factored for season and exposure did not trigger in a 2015-2016 drought. The scheme, established in 2014, has a maximum pay-out of $30 million per country and is intended to cover droughts below an annual 20 percent probability. Of the 18 member states, seven countries participated in the mutual pool during 2015/2016.

For the 2015-2016 season, Malawi took out insurance based on a “long-cycle maize crop”, and despite the country experiencing a severe drought, received no payment. This led to an international outcry from the aid community, and after representations, ARC members agreed to adjust the rules based on changing the crop type after the fact to “short-cycle maize”, therefore entitling Malawi to an $8.1 million pay-out for a $4.7 million premium, the amount it would have received if the alternative crop type had been selected. However, changing the rules after the event has provided a precedent to other countries facing some future missed pay-out.

Each of these schemes has been exposed to the politics of basis risk. One of the big concerns with such schemes is the limited data set used to assess the risk. In each, the index structure will have been tuned to the particularities of the short historical record of that parameter (14 years for the CCRIF rainfall model and 35 years of data for the ARC drought model), and this means that the modeling may not fully foresee the full range of potential basis risk problems. In particular, the model used to design the trigger will not be best placed to anticipate the basis risk.

For both existing and future parametric insurance pools, more analysis and trigger refinement is required to anticipate and avoid problems, or the politics of basis risk will see additional countries leaving their scheme, undermining the parametric insurance structure to the point that a whole pooling program could collapse.