Closing the Resilience Gap: A Tale of Two Countries, Nepal and Chile

On April 25, 2015, a magnitude 7.8 earthquake struck nearly 50 miles (80 km) northwest of Kathmandu, the capital of Nepal.  This resulted in more than 8,600 fatalities, the destruction of around half a million homes, and left 2.8 million people displaced.

Some two years on and rebuilding efforts have barely started, as US$4.1 billion of pledged international aid is reportedly stalled within Nepal’s National Reconstruction Authority.

Contrast this with the situation in Chile. Since a magnitude 9.4 earthquake in 1960, the country has focused on adequate seismic design requirements within its building code, with both government and the public willing to follow the principles of earthquake-resistant building design. And it’s paying off.

After a magnitude 8.8 quake in 2010, structures in areas that experienced strong shaking had less damage than would have been seen if building codes were weaker. Of 370,000 housing units affected by the earthquake, nearly half experienced only minor damage, and just 22 percent were destroyed.  Where commercial buildings were designed with the help of structural engineers, only five were destroyed, according to the U.S. Geological Survey.

This wide inequity in resilience between two countries facing major seismic hazard brings into sharp focus the urgent need for better quantification, mitigation, and post-event protection for all people, regardless of their location.

Communities around the world can become more resilient both before an event strikes, through practices such as construction education and the implementation of building codes, or post-event by providing insurance and other appropriate risk transfer solutions for individuals and governments. By empowering these stakeholders, our industry can play a vital role in helping to ensure a safer world for all.

Social enterprises such as Build Change, who work on the ground in countries like Nepal, Columbia, and Haiti, are helping to bridge some of this ‘resilience gap’ by working with local governments to institute building codes and train their construction sectors in locally attainable and safe building practices. Over the past 10 years, Build Change has trained over 25,000 people in the basics of safe construction, created over 12,000 local jobs, and enabled 245,000 people to live and learn in safer homes and schools within some of the most catastrophe-prone regions of the planet. 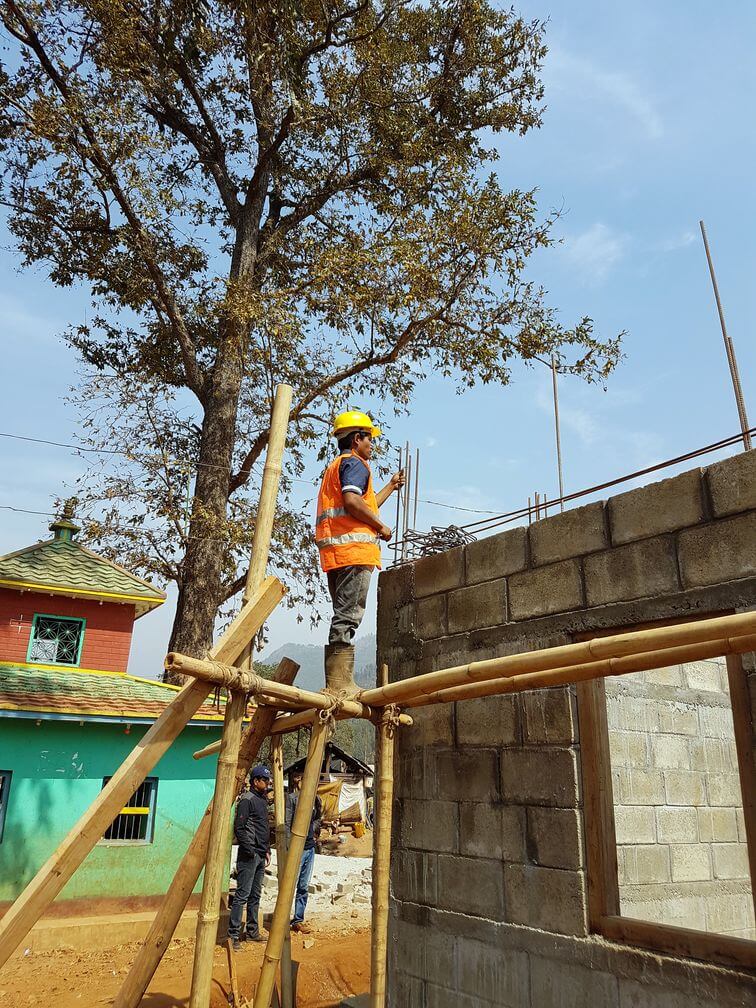 This week, during the annual RMS Impact Trek, both our employees and our clients representing major insurance and reinsurance firms are working together on the ground in Nepal with Build Change, exploring solutions to bring greater synergy and resilience capacity-building to the forefront of our market. We are proud to partner with Build Change by also providing grants to jumpstart and enhance its country programs, and allowing the organization to use our products for free in order to better quantify the risk landscape of the countries in which they operate.

All of us within the insurance industry have an opportunity to reshape the future for communities around the globe by allowing them to better measure and understand their risk, so that responsible mitigation efforts can take shape. We can create tools to help ensure that those who are struck by catastrophe can recover quickly and completely.

At RMS, we remain focused on contributing to this mission by strengthening resilience from the ground up, and continuing our work alongside impactful organizations like Build Change. 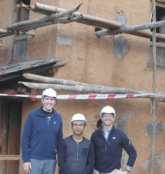 RMS Impact Trek: Share Your Expertise and Make a Difference

Closing the Coverage Gap: Capacity Building Through the Use of RMS Solutions

Being prepared for, and recovering quickly from, any catastrophe is one hallmark of ensuring a more safe and resilient society. But in many catastrophe-prone communities around the globe, insurance penetration rates remain stiflingly low and, as a result, building codes are either non-existent, or inconsistently enforced. In Nepal for example, almost 90 percent of the population is without insurance, and both mitigation and recovery efforts after their devastating earthquake in April 2015 are still scaling slowly. Social enterprises such as Build Change, who work on the ground in countries like Nepal, Columbia, and Haiti, are engaging with various stakeholders across governments, NGOs and even individual homeowners to institute building codes and train local construction sectors in attainable and safe building practices. RMS is proud to partner with Build Change by providing grants to jump start and enhance its country programs and allowing the organization to use our products for free in order to better quantify the risk landscape of the countries in which they operate. It is an exciting time as RMS also partners with Build Change for our annual Impact Trek. This is our fourth annual trek, the first saw our team in Haiti, and for the past two years we have sent teams to Nepal. The video below shows the Impact Trek team in Nepal during 2016. We return to Nepal this year; both RMS employees and our clients representing major insurance and reinsurance firms will be flying out to Kathmandu on March 17 for a 10-day trek in Nepal, working alongside Build Change to bridge the gap in coverage by building resilience in communities that are most vulnerable to catastrophe. A team of eight Impact Trekkers will share their expertise with local stakeholders, working to bring greater efficiency to reconstruction practices, and help to ensure that standards for “building back better” are effective and scalable. One Impact Trekker was so inspired by the work that Build Change was doing in Nepal, that he has now gone on to take a four-month sabbatical in the country. Alastair Norris has blogged about his experiences, working on several projects to help Build Change in their efforts to scale reconstruction, and exploring this dynamic country. The RMS Impact Trek shows what is possible when the private sector and public partners come together to create shared value for vulnerable communities by exploring solutions to bring synergies and resilience capacity-building to the forefront of our market. RMS remains focused on creating tools to help ensure that those who are struck by catastrophe can recover quickly and completely, as we help the market better measure and understand their risk both pre and post event. From previous Impact Treks, we know that the experience will inspire our trekkers to think about new solutions, explore new potential partnerships and spread the word about the on the ground realities of rebuilding after a disaster. …

Rebecca Biestman is head of Corporate Communications and Corporate Social Responsibility (CSR) at RMS. In her capacity as head of CSR, Rebecca oversees all corporate sustainability measures, employee engagement events, philanthropic partnerships as well as pro bono projects for RMS. Prior to her role at RMS, Rebecca worked in brand marketing and community relations for Earth Essentials, Gap, Inc., and the Gap Foundation. Rebecca received both her BA and her MBA from the University of California, Berkeley.