“The 6.4 magnitude Tainan earthquake in February 2016 resulted in a sizeable insured loss from the high-tech industrial risks and reminded the insurance industry of the potential threat from the risk accumulated in science parks.” (A.M. Best Special Report, Sept 2016)

Reading the sentence above you might be forgiven for wondering why science parks would give insurers and reinsurers any particular cause for concern. But consider this statistic: although Taiwan’s three major science and industrial parks occupy only 0.1% of the island’s total land mass, they represent 16% of Taiwan’s overall manufacturing – they are hugely significant, both economically and with regards to the insured exposure in Taiwan.

For example, the Hsinchu Science Park (HSP), known for semiconductor production, employs more than 150,000 people and contributes over $32 billion in revenues – approximately 6% of national GDP. By one estimate HSP represents over $319 billion in total insured values. In addition, some of the latest high tech areas within HSP, such as advanced “clean rooms,” present additional challenges due to their vulnerability to ground shaking or power interruption. The importance of this risk was observed in February’s Tainan earthquake where some significant losses to high-tech industrial risks were caused by damage to the equipment and the related business interruption due to power outage.

Improving data quality for advanced and detailed modeling is an important way to manage these risks, concludes the A.M. Best report quoted above. This is so as to accurately assess the potential loss impact on insurers’ books. RMS has already been analysing earthquake risk in Taiwan for 12 years – long before this year’s Mw 6.4 event – and in that time our view of seismic risk in Taiwan has not changed, since our model benefits from spectral response-based hazard and damage functions, that even include local liquefaction and landslide susceptibilities.

The 1999 Chi-Chi Earthquake (known in Taiwan as the 921 Earthquake) was the key event in building the RMS® Taiwan Earthquake Model in terms of the quake’s seismicity, ground motion, soil secondary effects and building response. Since then there have been no significant events to justify a re-calibration of the components of the model. In fact, the damages observed in this year’s event were broadly in line with RMS’ expectations and validated the robustness of the current model.

But although A.M. Best views the Taiwan insurance industry as prudently managed with relatively high catastrophe management capability, there are still lessons to be learnt from the 2016 event, and RMS has solutions which offer additional insight into understanding the risk posed by these business parks in Taiwan.

Concentration of Exposure into Science Parks

The RMS® Asia Industrial Clusters Catalogs were released in 2014 to identify hotspots of exposure, and profile their risk. The locations and geographic extent of the science parks within Taiwan are detailed to help understand risk accumulations for industrial lines and develop more robust risk management strategies. 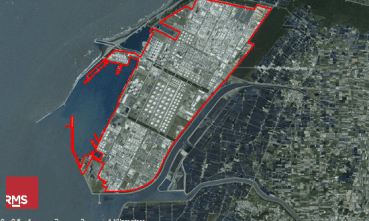 High Fragility of the Semiconductor Industry

For coding of Industrial Plants, the RMS® Industrial Facilities Model (IFM) captures the unique nature of different industrial risks, as a high percentage of property value is often associated with machinery and equipment (M&E) and stock. This advanced vulnerability model supports the earthquake model to define the damageability of a comprehensive set of industrial facilities more accurately, and calculate the financial risk to these specific types of facilities, including building, contents, and business interruption (BI) loss estimates. The IFM differentiates the risks for different types of business within the science parks, and highlights the higher fragility of semiconductor plants compared to other industrial units, as shown below. 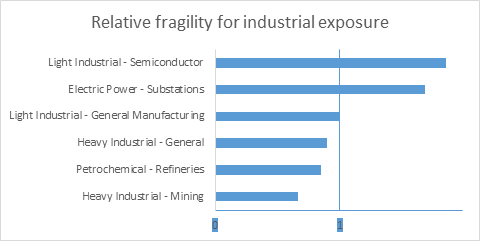 The huge damage from the 1999 Chi Chi earthquake has not halted the rapid development of Taiwan’s science parks in this seismically active area – indeed the island’s third biggest science park has since been built there. But this year’s comparatively small Mw 6.4 event further highlighted the substantial exposures concentrated within this sector, reminding the industry of the potential for significant losses without sound accumulation management practices, informed by the best modeling insights. 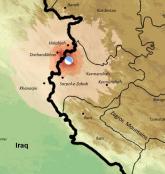 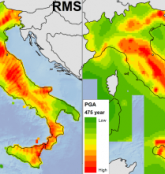