The northeastern end of the South Island is a tectonically complex region with the plate motion primarily accommodated through a series of crustal faults. On November 14, as the Kaikoura earthquake shaking began, multiple faults ruptured at the same time culminating in a Mw 7.8 event (as reported by GNS Science).

The last two weeks have been busy for earthquake modelers. The paradox of our trade is that while we exist to help avoid the damage this natural phenomenon causes, the only way we can fully understand this hazard is to see it in action so that we can refine our understanding and check that our science provides the best view of risk. Since November 14 we have been looking at what Kaikoura tells us about our latest, high-definition New Zealand Earthquake model, which was designed to handle such complex events.

With the Kaikoura earthquake’s epicenter at the southern end of the faults identified, the rupture process moved from south to north along this series of interlinked faults (see graphic below). Multi-fault rupture is not unique to this event as the same process occurred during the 2010 Mw 7.2 Darfield Earthquake. Such ruptures are important to consider in risk modeling as they produce events of larger magnitude, and therefore affect a larger area, than individual faults would on their own.

In keeping with the latest scientific thinking, the New Zealand Earthquake HD Model provides an expanded suite of events that represent complex ruptures along multiple faults. For now, these are included only for areas of high slip fault segments in regions with exposure concentrations, but their addition increases the robustness of the tail of the Exceedance Probability curve, meaning clients get a better view of the risk of the most damaging, but lower probability events.

While most property damage has been caused directly by shaking, infrastructure has been heavily impacted by landsliding and, to a lesser extent, liquefaction. Landslides and slumps have occurred across the region, most notably over Highway 1, an arterial route. The infrastructure impacts of the Kaikoura earthquake are a likely dress rehearsal for the expected event on the Alpine Fault. This major fault runs 600 km along the western coast of the South Island and is expected to produce an Mw 8+ event with a probability of 30% in the next 50 years, according to GNS Science.

As many as 80 – 100,000 landslides have been reported in the upper South Island, with some creating temporary dams over rivers and in some cases temporary lakes (see below). These dams can fail catastrophically, sending a sudden increase of water flow down the river. 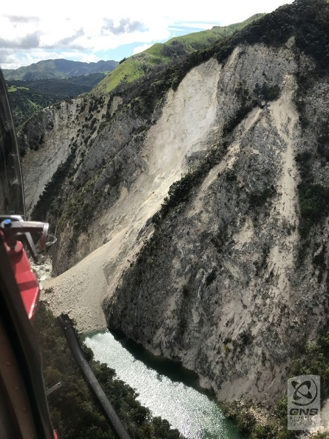 Liquefaction occurred in discrete areas across the region impacted by the Kaikoura earthquake. The Port of Wellington experienced both lateral and vertical deformation likely due to liquefaction processes in reclaimed land. There have been reports of liquefaction near the upper South Island towns (Blenheim, Seddon, Ward), but liquefaction will not be a driver of loss in the Kaikoura event to the extent it was in the Christchurch earthquake sequence.

RMS’ New Zealand Earthquake HD Model includes a new liquefaction component that was derived using the immense amount of new borehole data collected after the Canterbury Earthquake Sequence in 2010-2011. This new methodology considers additional parameters, such as depth to the groundwater table and soil-strength characteristics, that lead to better estimates of lateral and vertical displacement. The HD model is the first probabilistic model with a landslide susceptibility component for New Zealand.

The Kaikoura Earthquake generated tsunami waves that were observed in Kaikoura at 2.5m, Christchurch at 1m, and Wellington at 0.5m. The tsunami waves arrived in Kaikoura significantly earlier than in Christchurch and Wellington indicating that the tsunami was generated near Kaikoura. The waves were likely generated by offshore faulting, but also may be associated with submarine landsliding. Fortunately, the scale of the tsunami waves did not produce significant damage. RMS’ latest New Zealand Earthquake HD Model captures tsunami risk due to local ocean bottom deformation caused by fault rupture, and is the first model in the New Zealand market to do this, that is built from a fully hydrodynamic model.

Next Generation Earthquake Modeling at RMS

Thankfully the Kaikoura earthquake seems to have produced damage that is lower than we might have seen had it hit a more heavily populated area of New Zealand with greater exposures – for detail on damage please see my other blog on this event.

But what Kaikoura has told us is that our latest HD model offers an advanced view of risk. Released only in September 2016, it was designed to handle such a complex event as the Kaikoura earthquake, featuring multiple-segment ruptures, a new liquefaction model at very high resolution, and the first landslide susceptibility model for New Zealand. 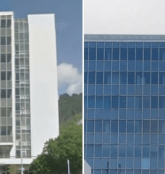 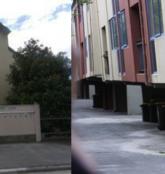