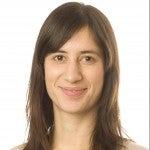 The devastating Nepal earthquake on April 25, 2015 is a somber reminder that other parts of this region are highly vulnerable to earthquakes.

India, in particular, stands to lose much in the event of an earthquake or other natural disaster: the economy is thriving; most of its buildings aren’t equipped to withstand an earthquake; the region is seismically active, and the continent is home to 1.2 billion people—a sizeable chunk of the world’s population.

In contrast to other seismically active countries such as the United States, Chile, Japan and Mexico, there are few (re)insurers in India using earthquake models to manage their risk, possibly due to the country’s nascent non-life insurance industry.

Let’s hope that the Nepal earthquake will prompt India’s insurance community to embrace catastrophe modeling to help understand, evaluate, and manage its own earthquake risk. Consider just a few of the following facts:

India’s two mega cities, Delhi and Mumbai, have enjoyed strong economic activity in recent years, helping to quadruple the country’s GDP between 2001 and 2013.

Both cities are located in moderate to high seismic zones, and have dense commercial centers with very high concentrations of industrial and commercial properties, including a mix of old and new buildings built to varying building standards.

According to AXCO, an insurance information services company, 95 percent of industrial and commercial property policies in India carry earthquake cover. This means that (re)insurers need to have a good understanding of the exposure vulnerability to effectively manage their earthquake portfolio aggregations and write profitable business, particularly in high hazard zones.

For (re)insurers to effectively manage the risk in their portfolio, they require an understanding of how damage can vary depending on the different type of construction. One way to do this is by using earthquake models, which take account of the different quality and types of building stock, enabling companies to understand potential uncertainty associated with varying construction types.

A Picture of India’s Earthquake Risk

India sits in a seismically active region and is prone to some of the world’s most damaging continental earthquakes.

The country is tectonically diverse and broadly characterized by two distinct seismic hazard regions: high hazard along the Himalayan belt as well as along Gujarat near the Pakistan border (inter-plate seismicity), and low-to-moderate hazard in the remaining 70 percent of India’s land area, known as the Stable Continental Region. 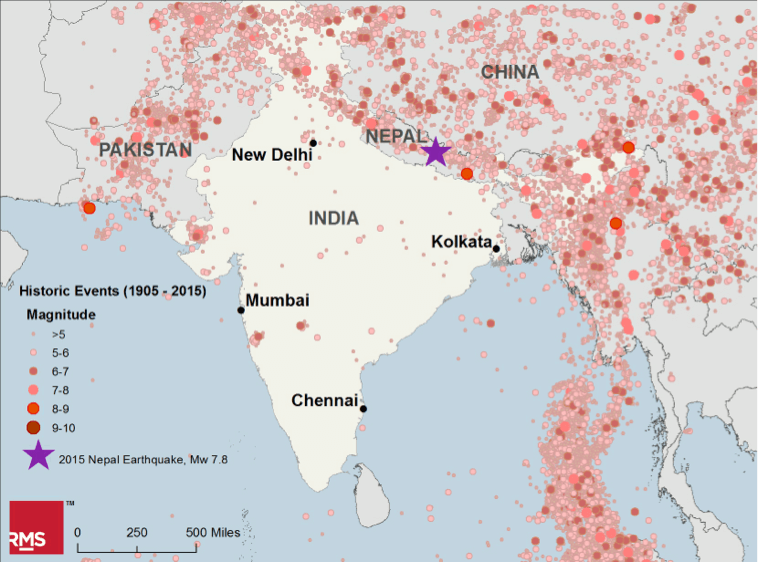 The M7.8 Nepal earthquake occurred on the Himalayan belt, where most of India’s earthquakes occur, including four great earthquakes (M > 8). However, since exposure concentrations and insurance penetration in these areas are low, the impact to the insurance industry has so far been negligible.

In contrast, further south on the peninsula where highly populated cities are located there have been several low magnitude earthquakes that have caused extensive damages and significant casualties, such as the Koyna (1967), Latur (1993), and Jabalpur (1997) earthquakes.

It is these types of damaging events that will be of significance to (re)insurers, particularly as insurance penetration increases. Earthquake models can help (re)insurers to quantify the impacts of potential events on their portfolios.

There are many tools available to India’s insurance community to manage and mitigate earthquake risk.

Catastrophe models are one example.

Our fully probabilistic India Earthquake Model includes 14 historical events, such as the 2001 Gurajat and 2005 Kashmir earthquakes, and a stochastic event set of more than 40,000 earthquake scenarios that have the potential to impact India, providing a comprehensive view of earthquake risk India.

Since its release in 2006, (re)insurers in India and around the world have been using the RMS model output to manage their earthquake portfolio aggregations, optimizing their underwriting and capital management processes. We also help companies without the infrastructure to use fully probabilistic models to reap the benefits of the model through our consulting services.

What are some of the challenges to embracing modeling in parts of the world like India and Nepal? Feel free to ask questions or comment below.

Neena Saith is a meteorologist and geographer with expertise in areas of Asia. She is responsible for RMS’ Asia Pacific and emerging markets model development strategy, involving close interaction with customers across the globe in order to specify market requirements for current and future model solutions. Her role also includes guiding the insurance market’s understanding and usage of the RMS Asia Pacific model and working with rating agencies and regulators to ensure they are informed about model releases, updates and general model best practices.

Saith joined RMS in 2006. Prior to her current role, she led the RMS catastrophe response team, which provides real-time information on global natural disasters and works with RMS’ model development team to release timely loss estimates and modelling parameters following large events. This included leading the event response efforts through the 2008 hurricane season, the 2007 UK floods, the 2010 Chile earthquake and several major European windstorms. Prior to joining RMS, Saith worked as a weather forecaster providing forecasts for the offshore oil and gas industry, construction and film production companies.