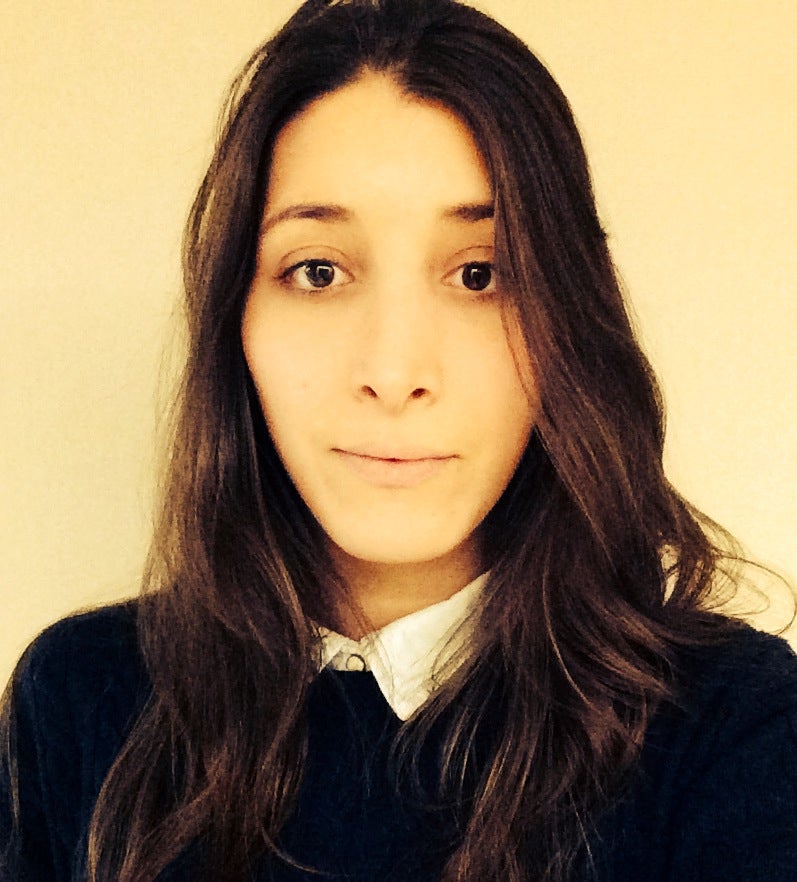 A recent article in Nature Communications, picked up by the BBC, identified a record mean sea-level rise of 5” (127mm) along the coastline north of New York City during 2009-10. Sea levels fluctuate between years; a swing of this size, however, was unprecedented.

This extreme rise in 2009-2010 has been attributed to the downturn of a major current called the Atlantic meridional overturning circulation (AMOC). As changes to sea levels are sensitive to multiple factors, there is volatility around this increase. The AMOC is one of the ocean’s dynamics that is known to have greatly changed over time. It has been shown that weakening and variation of the AMOC is linked to increases of greenhouse gas emissions.

Sea level rise is one of the most tangible and certain consequences of a warmer climate. Climate models suggest that even if greenhouse gas emissions were reduced sea levels will continue to increase. Such a dramatic fluctuation, as seen in 2009-10, highlights the potential for significantly elevated storm surge risk in the region and raises the question what will the impact of future long-term sea-level rise have on storm risk.

A study by Kopp et al. has attempted to predict probability bands for sea rise. The figure below shows the distribution of expected sea-level rise at New York City’s Battery Park throughout the 21st century. The 50th percentile projection of sea level rise is represented as the red line in the figure. Also shown are the maximum rises in sea levels associated with previous hurricane storm surges. 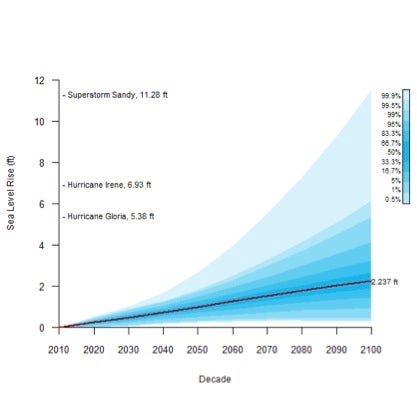 Based on RMS’ estimate of the impacts from hurricanes on residential and commercial property in the Northeast US (from New Jersey north), the 2010 estimate of storm surge contribution to hurricane losses is about 10%. Even where the activity of hurricanes does not change, sea level rise will increase the damage associated with hurricane storm surges. Based on Kopp’s estimates of sea level rise, by 2100 surge losses would contribute about 25% of total hurricane losses.

The largest recent hurricane loss occurred on October 29th 2012, when Superstorm Sandy made landfall near Atlantic City, NJ. Based on the RMS best loss estimate, Sandy caused insured losses between $20 and $25 billion, with much of the damage due to storm surge, not wind.

In terms of a simple extreme value analysis, the storm surge caused by Superstorm Sandy combined with the tide at New York City’s Battery Park was approximately a 1-in-450 year return period for that location. Based on sea level rise alone, this surge and tide combination at this location would move closer to a 1-in-100 year event by the end of the century. The figure below shows the return periods for a storm surge as high as Sandy’s occurring at New York City’s Battery Park, under different sea-level assumptions.

A direct result of increasing amounts of greenhouse gases in the atmosphere will be an increase in sea surface temperatures. While increased sea surface temperatures are likely to cause changes to the activities and intensities of hurricanes, there is no consensus among climate modelers as to the magnitude and direction of these changes. For this reason, the figure below does not consider potential changes in hurricane activity, but focuses solely on sea-level rise, for which there is much more of a general agreement. While the impacts of climate change remain much debated, changes in loss potential will have material effects on the risk to insurers. With the appreciation of the significance of climate change coming to the fore, the next decades will pose a research challenge for the insurance industry, as to how to incorporate evidence for changes in the level of risk.

This post was co-authored by Anaïs Katz and Oliver Withers.

As a member of the advisory team within capital market solutions, Anaïs works on producing capital markets’ deal commentary and expert risk analysis. Based in Hoboken, she provides transaction characterizations to clients for bonds across the market and supports the deal team in modeling transactions. She has woked on notable deals for clients such as Tradewynd Re and Golden State Re. Anaïs has also helped to model and develop her group’s internal collateralized insurance pricing model that provides mark to market prices for private transactions. Anaïs holds a BA in physics from New York University and an MSc in Theoretical Systems Biology and Bioinformatics from Imperial College London.