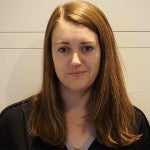 In June, RMS had the pleasure of hosting a table at the Trading Risk Awards in London. These annual awards aim to recognize the best of the (re)insurance convergence market: individuals and companies contributing to the advancement of the insurance-linked securities (ILS) industry.

That night three RMS-modeled transactions that came to market in 2013 were given special recognition: Tradewynd Series 2013-2, MetroCat Re Ltd., and Atlas IX Capital Ltd. These three transactions incorporate several noteworthy innovations that promise to shape the future of ILS.

AIG and Swiss Re Capital Markets were awarded “Initiative of the Year” for their multi-model approach to Tradewynd Series 2013-2. This transaction provided a first for the industry by introducing transparency to a typically opaque and restricted risk management process.

Typically, data is only privy to the modeling firm retained to produce the risk analysis included in the offering documentation. On this occasion, while RMS was the main modeling agent for the deal, AIG’s exposure data was supplied to all three modeling firms so that investors had a more accurate representation of the risk of the bond under multiple views.

Not only did investors get the RMS view of commercial and high-end residential risk on this bond, they also got unprecedented insights into the exposures driving the risk. The market reacted favorably to the approach with markedly tighter spreads and larger issuance than the prior Tradewynd bond with a nearly identical risk profile.

Non-Life Transaction of the Year – MetroCat Re Ltd

This groundbreaking surge-parametric transaction received two accolades: the Metropolitan Transportation Authority (MTA) was awarded “Sponsor of the Year,” and the deal itself was proclaimed “Non-Life Transaction of the Year,” recognizing the MTA, GC Securities, and Goldman Sachs for their roles in the transaction.

The MetroCat bond addressed the need for surge-insurance capacity after Superstorm Sandy by providing the MTA with insurance cover based on water levels exceeding certain heights at tide gauges in the New York area. The RMS® North Atlantic Hurricane Model, with its full-lifecycle hydrodynamic modeling capability, was critical in understanding the risk to the transaction. The success of MetroCat Re proves that corporates and municipalities can access capital through ILS, as well as produce transactions that provide much needed surge cover.

Aon Benfield Securities, BNP Paribas, Natixis, and SCOR won “Life Transaction of the Year” for Atlas IX Capital Ltd., the highest risk bond of its kind to come to market. For this watershed deal, RMS used its suite of LifeRisks models to provide scenario-based modeling results. This allowed investors to gain greater insight into the risk to the transaction from changing trends in baseline mortality in addition to excess mortality from infectious disease, terrorism, earthquakes, and residual risks.

Congratulations to all the winners. We are delighted to see continued innovation in the market.

Charlotte is Head of Risk Transfer Consultancy at RMS. Based in London, she manages the team at RMS that helps public and corporate entities understand their risk and transfer it, as appropriate, into the capital markets. Charlotte has worked on award-winning deals such as PennUnion Re Ltd., MetroCat Re Ltd, Tradewynd Re Ltd Series 2013-2 and Bosphorus 1 Re Ltd. In addition, Charlotte is currently leading RMS involvement in the RE.bound program, an initiative launched by re:focus in partnership with The Rockefeller Foundation, Swiss Re and Goldman Sachs. She holds a MSci in Natural Sciences and a PhD in Seismology, both from the University of Cambridge.