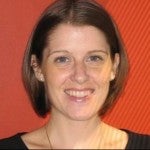 A few weeks ago, I had the pleasure of presenting our recent successes and future progress in RMS US Flood risk modeling to a packed house at the RAA Catastrophe Modeling conference in Orlando, Florida.

Here is my presentation from the conference: “U.S. Flood Modeling” – Presented at the RAA Cat Modeling Conference 2014

U.S. flood risk is a hot topic for many reasons, and it’s exciting to be part of the dialog.

Recent events, in particular Hurricane Sandy in 2012, have made headlines and raised awareness on flood risk, especially coastal flood risk. Sandy was certainly unique, and though many knew that the New York City metro area had the potential for a Sandy-like catastrophic storm surge, this was not well reflected by the region’s Federal Emergency Management Agency (FEMA) flood maps.

FEMA has the mandate to map flood risk nationwide, but it does so piecemeal, community by community, through a process that can take years. This leaves many areas, such as those impacted by Sandy, with an out-of-date view of flood risk, which erodes confidence and harms risk awareness.

But the physical events aren’t the only topics causing headlines when it comes to flooding and flood insurance in the U.S. The National Flood Insurance Program (NFIP), which insures the majority of residential and small business risk in the U.S., is deep in debt after suffering huge losses from events such as Katrina and Sandy.

In 2012, legislation passed that promised to phase out subsidized rates, to make the program more actuarially sound. But this comes at a steep price, with many homeowners now facing unmanageable rate increases, and many legislators reacting by calling for delays of the new rates. Some states, with Florida at the helm, are going a step further and are looking at ways to increase private market participation in the wake of NFIP uncertainty.

But the private market has historically been reluctant to take on flood risk, especially when its only view has been from FEMA flood maps.

Applying catastrophe models to the problem can help by producing up-to-date views of flood risk based on the latest data and technology.

It was only recently that we could even think about modeling flood for a domain as large as the U.S. In order to produce meaningful output, a flood model must be based on very high-resolution data using complex, physics-based equations. You can’t take shortcuts.

Computer processing power has finally gotten to the point where building these models is feasible, and RMS’ move to the cloud makes hosting and running such a large model practical for the first time, improving the understanding of flood risk and enabling greater flood insurance coverage.

Clare manages the commercial development of the RMS U.S. Flood and North Atlantic hurricane storm surge models. As a member of the RMS climate models product management team for the Americas, Clare supports the product definition, coordination and change management activities for storm surge model updates for the RMS North Atlantic hurricane model. She is an expert in flood and storm-surge risk and provides her team with domain expertise related to flood insurance and the National Flood Insurance Program. Prior to joining RMS in 2010, Clare worked as a government contractor at NASA Goddard Space Flight Center where she was part of a team specializing in climate studies related to atmospheric remote sensing of aerosols. She holds a bachelor’s degree in atmospheric and oceanic science from McGill University, a master’s in geography from the University of California, Santa Barbara and the RMS Certified Catastrophe Risk Analyst (CCRA®) designation. She is a member of the American Geophysical Union (AGU).