Modeling the Deal of the Year 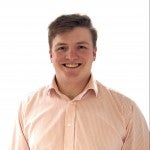 The first storm surge catastrophe bond ever released in the insurance-linked securities markets was awarded “Deal of the Year” by Bond Buyer and the Insurance Risk Awards. What what is that made this bond, issued for New York’s Metropolitan Transit Authority (MTA) so special?

Sandy may not have been the strongest tropical storm to make landfall in the United States, but its insured losses of $20-25 billion rank it as one of the most costly. And like Katrina, most of the losses were not driven by high winds, but by coastal flooding from extreme storm surge.

The MTA was badly hit, with roughly $5 billion in flood damages. Alongside high industry losses, the traditional reinsurance market hardened, so to obtain funding the MTA turned to alternative sources through MetroCat Re Ltd., a parametric catastrophe bond modeled by RMS Capital Markets.

A parametric bond is different from a traditional reinsurance agreement in that it is triggered when a hazard value—in this case water level—reaches a specific threshold, as opposed to to a financial threshold trigger.

Although seldom seen in traditional reinsurance, parametric triggers are more frequently used in alternative capital. There’s no need to study detailed exposure and claims information before or after the event and payment can be made in weeks, not years.

How did RMS help?

Before Sandy, simple storm surge models based on storm parameters—such as angle of landfall, forward speed, and central pressure—were considered sufficient to model storm surge risk. Sandy, however, showed that it is important to understand the full lifecycle of a storm. Sandy wasn’t even a hurricane at landfall, therefore the parameters in simple storm surge models would have predicted a far smaller surge and missed a lot of the potential damage.

RMS provided a detailed understanding of the surge risk to MTA’s assets using the RMS version 13.0 North Atlantic hurricane model, which incorporates a state-of-the-art, hydrodynamic storm surge model to capture the impacts of local tide interactions, seafloor, and coastline on the size of the storm surge.

The modeling results were highly successful, with the surge across the region matching closely the observed surge: 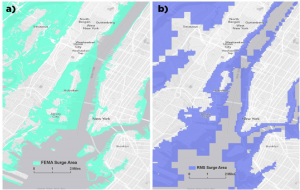 Comparison of a) FEMA and b) RMS surge extents for Sandy around Battery Park, NY 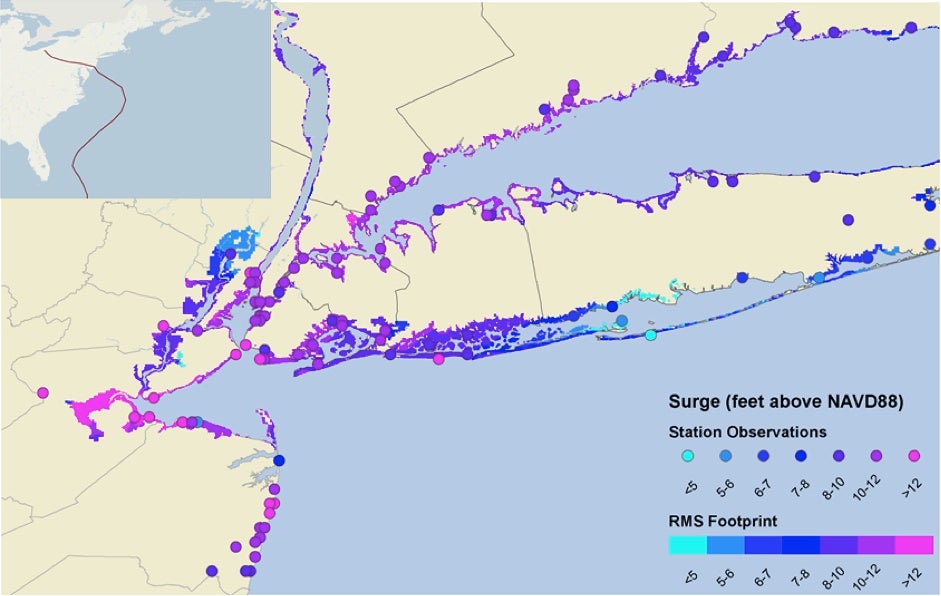 New York’s complicated coastline needed to be modeled in detail to accurately understand how the surge would develop—for example, around the Robert F Kennedy Bridge, the water shallows, leading to relatively uncorrelated areas that separate New York harbor from the Long Island sound. This correlation needed to be considered when we were constructing the parametric trigger for MetroCat – only triggering from one location wasn’t enough, therefore we based the index on both New York harbor and Long Island water levels.

We estimate a 20% chance that for a hurricane in the U.S. Gulf States, coastal flooding will dominate the losses. In the northeast U.S., the risk rises to 30%. MetroCat’s success showed that the ILS market can be a viable risk transfer mechanism for coastal storm surge flooding, if it is supported by detailed, holistic modeling of this complicated peril.

As a member of the advisory team within capital market solutions, Oliver works on producing capital markets’ deal commentary and expert risk analysis. Based in London, he provides transaction characterization to clients, for bonds across the market and supports the deal team in modeling transactions. He worked on notable deals for clients such as MetroCat Re and VenTerra Re. He also helped create the analytical framework for Miu Pricing, a product that provides price metrics to ILS funds. Oliver holds a BA in mathematics from the University of Cambridge and is a Level II candidate for CFA.