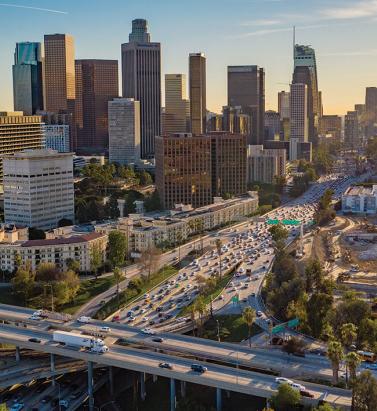 Are (re)insurers sufficiently capitalized to withstand a major earthquake in a metropolitan area during peak hours?  The U.S. workers’ compensation insurance market continues to generate underwriting profit. According to Fitch Ratings, 2019 is on track to mark the fifth consecutive year of profits and deliver a statutory combined ratio of 86 percent in 2018. Since 2015, it has achieved an annual average combined ratio of 93 percent. The market’s size has increased considerably since the 2008 financial crisis sparked a flurry of activity in the workers’ compensation arena. Over the last 10 years, written premiums have risen 50 percent from approximately US$40 billion to almost US$60 billion, aided by low unemployment and growth in rate and wages.  Yet market conditions are changing. The pricing environment is deteriorating, prior-year reserve releases are slowing and severity is ticking upwards. And while loss reserves currently top US$150 billion, questions remain over whether these are sufficient to bear the brunt of a major earthquake in a highly populated area. The Big One California represents over 20 percent of the U.S. workers’ compensation market. The Workers’ Compensation Insurance Rating Bureau of California (WCIRB) forecasts a written premium pot of US$15.7 billion for 2019, a slight decline on 2018’s US$17 billion figure.  “So, the workers’ compensation sector’s largest premium is concentrated in the area of the U.S. most exposed to earthquake risk,” explains Nilesh Shome, vice president at RMS. “This problem is unique to the U.S., since in most other countries occupational injury is covered by government insurance schemes instead of the private market. Further, workers’ compensation policies have no limits, so they can be severely impacted by a large earthquake.” Workers’ compensation insurers enjoy relatively healthy balance sheets, with adequate profitability and conservative premium-to-surplus ratios. But, when you assess the industry’s exposure to large earthquakes in more detail, the surplus base starts to look a little smaller. “We are also talking about a marketplace untested in modern times,” he continues. “The 1994 Northridge Earthquake in Los Angeles, for example, while causing major loss, occurred at 4:30 a.m. when most people were still in bed, so had limited impact from a workers’ compensation perspective.” Analyzing the Numbers Working with the WCIRB, RMS modeled earthquake scenarios using Version 17 of the RMS® North America Earthquake Casualty Model, which incorporates the latest science in earthquake hazard and vulnerability research. The portfolio provided by the WCIRB contained exposure information for 11 million full-time-equivalent employees, including occupation details for each. The analysis showed that the average annual estimated insured loss is US$29 million, which corresponds to 0.5 cents per $100 payroll and $2.50 per employee. The 1-in-100-year insurance loss is expected to exceed US$300 million, around 5,000 casualties including 300 fatalities; while at peak work-time hours, the loss could rise to US$1.5 billion. For a 1-in-250-year loss, the figure could top US$1.4 billion and more than 1,000 fatalities, rising to US$5 billion at peak work-time hours.  But looking at the magnitude 7.8 San Francisco Earthquake in 1906 at 5:12 a.m., the figure would be 7,300 injuries, 1,900 fatalities and around US$1 billion in loss. At peak work hours, this would rise to 22,000 casualties, 5,800 fatalities and a US$3 billion loss. To help reduce the impact of major earthquakes, RMS is working with the Berkeley Research Lab and the United States Geological Survey (USGS) to research the benefits of an earthquake early warning system (EEWS) and safety measures such as drop-cover-hold and evacuating buildings after an EEWS alarm. Initial studies indicate that an EEWS alert for the large, faraway earthquakes such as the 1857 magnitude 7.9 Fort Tejon Earthquake near Los Angeles can reduce injuries by 20 percent-50 percent.  Shome concludes: “It is well known in the industry that workers’ compensation loss distribution has a long tail, and at conferences RMS has demonstrated how our modeling best captures this tail. The model considers many low probability, high consequence events by accurately modeling the latest USGS findings.”