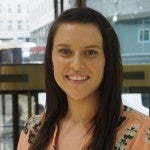 RMS recently released its 2015 North Atlantic Hurricane Season Outlook. So, what can we expect from this season, which is now underway?

2015 season could be the 10th consecutive year without a major landfalling hurricane over the United States.

The 2014 season marked the ninth consecutive year that no major hurricane (Category 3 or higher) made landfall over the United States. Although two named storms have already formed in the basin so far this year, Tropical Storm Ana and Tropical Storm Bill, 2015 looks to be no different. Forecast groups are predicting a below-average probability of a major hurricane making landfall over the U.S. and the Caribbean in the 2015 season.

Forecasts for a below-average season can be attributed to a number of interlinked atmospheric and oceanic conditions, including El Niño and cooler sea surface temperatures.

So what factors are driving these predictions? A strong El Niño phase of the El Niño Southern Oscillation (ENSO) is a large factor, as Jeff Waters discussed previously.

Another key factor in the lower forecast numbers is that sea surface temperatures (SSTs) in the tropical Atlantic are quite a bit cooler than previous years. SSTs higher than 80°F (26.5°C) are required for hurricane development and for sustained hurricane activity, according to NOAA Hurricane Research Division.

Colorado State University (CSU)’s June 1st forecast is calling for 8 named storms, 3 hurricanes, and 1 major hurricane this season, with an Accumulated Cyclone Energy (ACE) index—used to express activity and destructive potential of the season—of 40. This is well below the 65- and 20-year averages, both over 100.

Landfalls are difficult to predict more than a few weeks in advance, as complex factors control the development and steering of storms. Despite the below-average number of storms expected in the 2015 season, it only takes one landfalling event to cause significant loss. Even if the activity and destructive energy of the entire season is lower than previous years, factors such as location and storm surge can increase losses.

For example, Hurricane Andrew made landfall as a Category 5 storm over Florida in 1992, a strong El Niño year. Steering currents and lower-than-expected wind shear directed Andrew towards the coastline of Florida, making it the fourth most intense landfalling U.S. hurricane recorded. Hurricane Andrew also holds the record for the fourth costliest U.S. Atlantic hurricane, with an economic loss of $27 billion USD (1992).

Sometimes, a storm doesn’t even need to be classified as a hurricane at landfall to cause damage and loss. Though Superstorm Sandy had Category 1 hurricane force winds when it made landfall in the U.S., it was no longer officially a hurricane, having transitioned to an extratropical storm.  However, the strong offshore hurricane force winds from Sandy generated a large storm surge, which accounted for 65 percent of the $20 billion insured losses.

While seasonal forecasts estimate activity in the Atlantic Basin and help us understand the potential conditions that drive tropical cyclone activity, a degree of uncertainty still surrounds the exact number and paths of storms that will form throughout the season. For this reason, RMS recommends treating seasonal hurricane activity forecasts with a level of caution and to always be prepared for a hurricane to occur.

For clients, RMS has released new resources to prepare for the 2015 hurricane season available on the Event Response area of RMS Owl.