Your Excellent Questions On Earthquakes

They discussed a number of topics; participants expressed curiosity not just for routine details like the best immediate action in the event of a quake, but also what fault lines are at risk and the finer points of earthquake insurance.

Here are just a few of the subjects they tackled in a conversation that generated close to 200 comments by Thursday afternoon – you can also read the entire Reddit thread.

Is the Bay Area is better prepared [now] than for the Loma Prieta quake? What role have you (or other scientists) played in planning?

Grossi: There’s been a lot of work by PG&E, BART, and other agencies to mitigate earthquake risk – as well as the new span of the Bay Bridge. In addition, the California Earthquake Authority has been encouraging mitigation – and have mitigation incentives if you retrofit your home to withstand earthquake ground shaking. Scientists can help by creating strategic plans or perform cost-benefit analyses for mitigation/retrofit.

Is there a link between fracking and earthquakes?

Muir-Wood: The term ‘earthquake’ can cover an enormous range of sizes of energy release. Fracking may sometimes trigger small shallow earthquakes or tremors. One day there might be a bigger earthquake nearby and people will argue over whether it was linked to the fracking. The link, however, will remain tenuous.

Am I being overcharged for earthquake insurance? I was charged $1,500 a year with a 15 percent deductible.

Grossi: Premiums associated with the coverage seem high (as generally double premiums here in California). However, they are based on price-based pricing. The coverage is meant to be a ‘minimum’ coverage – and provide protection for the worst-case scenario.

Is Tokyo due for another big earthquake?

Muir-Wood: The Big One happened beneath Tokyo in 1923, and before that a similar Big One (not quite on the same fault) occurred in 1703. The 1923 earthquake is not so likely to come around again. However, there was a M7 earthquake in 1855 that occurred right under Tokyo and may be the type of damaging earthquake we can expect. It could do a lot of damage.

Was there anything we missed you wanted to discuss? Please let us know in the comments. 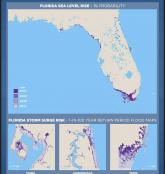